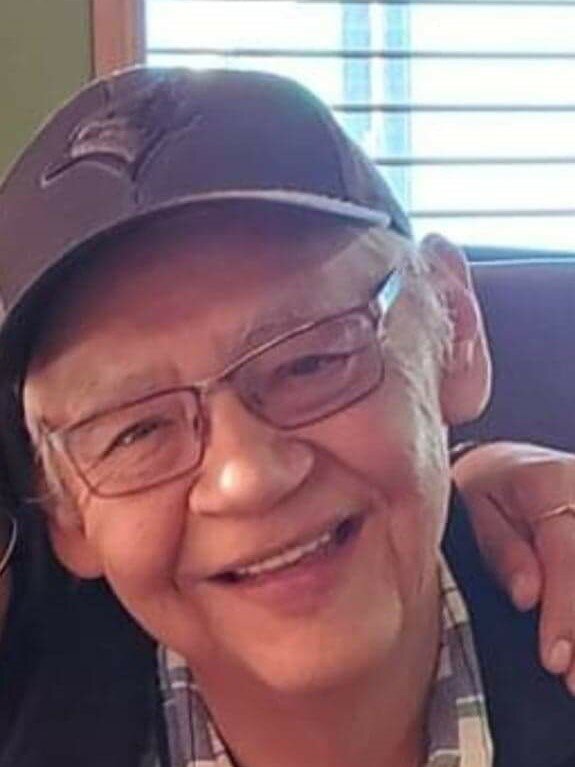 With great love and sadness, the family of David Gabriel Crowe-Buffalo announce his passing on
the day of August 2, 2022. David began his peaceful journey home to the Creator after tenderly
being provided palliative care at the Wynyard Hospital. David was born in Lestock,
Saskatchewan, on the day of December 7 th , 1964, to the late Francis Victoria Crowe-Buffalo (nee
Oochoo,) and her late husband and life partner Gabriel Crowe-Buffalo. David resided for a great
portion of his life in his community of Daystar First Nation, where he had served as a devoted
leader and band councillor for thirteen years up to the time of his departing. David leaves
behind his best friend and soulmate; Jer Crowe-Buffalo (nee Windigo); his five children; Jordyn
(Bray), Jeni, Jessica whom was known to many as Brooklyn (Jeremy), David Elias (Kayla), Dilyn
(Kenny), and adopted son Robbie; his four grandbabies; Linkin, Tayven, Davida, and Jerrilee to
rejoice in his loving lasting memory. David’s passing also leaves behind in remembrance his big
brother Paul Crowe-Buffalo (Debbie), and his baby sister’s Cathy and Miranda Crowe-Buffalo;
along with numerous special nephews, nieces, grandchildren, and loved ones. David was called
home from his loving Lord, the Creator to join his adoring predeceased parents, and his late
eldest brother Cecil Crowe-Buffalo. David’s Wake, Funeral services, and Interment will occur in
his home community, Daystar First Nation. The celebration of David’s life will begin with a
Traditional Wake with Elders contributing to start at 4 P.M. on the day of August 5 th , 2022, at
the Daystar community gym and a Christian service following provided by William Pinacie at 7
P.M. Funeral services are to be on August 6 th , 2022, at 10 A.M with interment to follow at 11
A.M. As David’s most treasured time of day was during the early morning, family wishes to
honour him by laying him to rest while it is still morning. David’s family ask those of us who had
enjoyed his beautiful life to join them for lunch to follow Interment returning to the Daystar
gym. The family of David ask loved ones, friends, and family to respect a mandatory masking
mandate, as David would have wanted everyone in attendance to remain in good health. A
special mention to Narfason’s Funeral home for the precious services provided, as David had
requested Harold to take care of him.