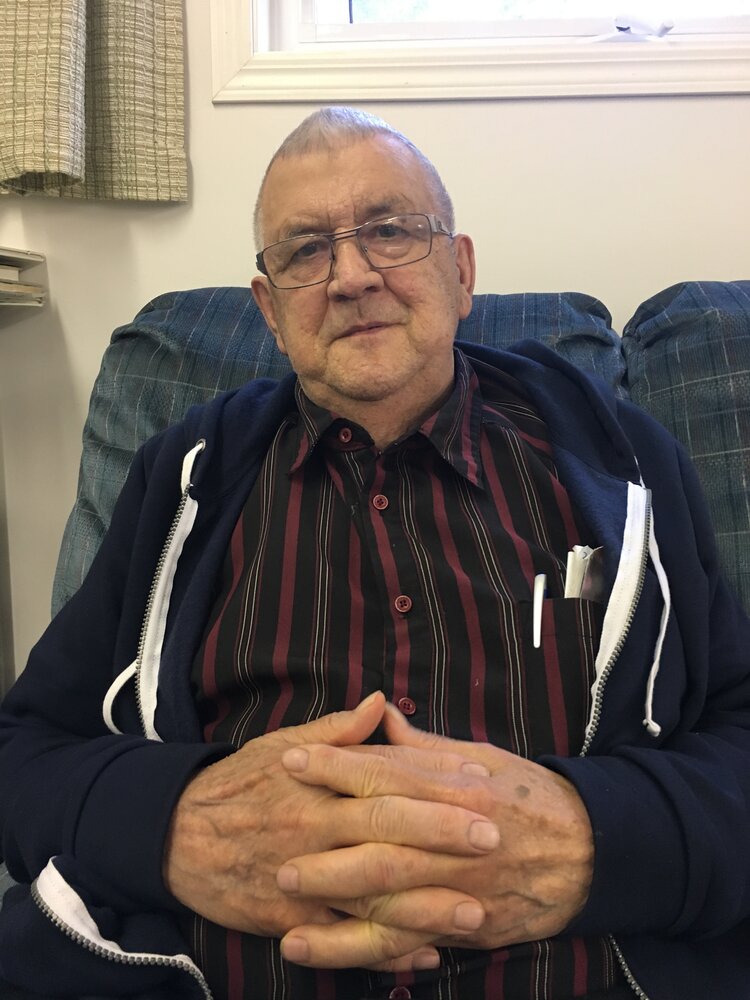 The following was read by the grandkids: Mackenzie, Dryden and Tomaz.
at the Graveside Service held to Honour Harvey.

Grandpa was a member of many community committees but his passion was the Lions Club.  He received many awards and accolades for his community service but his most prized award was the Melvin Jones Fellow Award for dedicated humanitarian services for the Lions Clubs international foundation.

Grandpa married Carol Whitworth on August 17, 1968.  They had two children, Darcy and Rhonda.

Grandpa and Grandma did some travelling, seeing the sights of Nova Scotia,  Las Vegas Laughlin and Minneapolis.  They loved their yearly bus trips to press their luck at the casinos in Winnipeg.  They also took a couple of family trips to Disneyland.

Grandpa was a self-taught carpenter, electrician, plumber and general handyman.  No job was too big or too small.  Grandpa loved his carpentry- building houses, furniture, cupboards, sheds, etc.  Grandpa could build or fix anything.

Grandpa loved to play hockey, ball and golf.  Most weekends were spent following his children and grandchildren around from rinks to ball diamonds if he wasn’t playing himself.  And every Sunday a round of golf with Wayne.  Grandpa also loved fishing and the many stories we could tell regarding the boat that grandpa bought to take the grandchildren out on the lake, or in mom’s case…in the lake.  Grandpa also loved to play cards.

Grandpa was a jokester, he loved to play jokes.  From stealing your food and hiding it, to scaring people with his remote car starter, to forcing you to eat blue cheese, the jokes are endless.

Donations in memory of Harvey may be made to