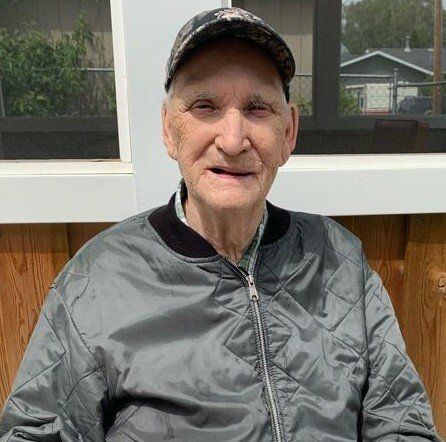 Paul Alfred Redman passed away on Sunday, August 21, 2022 at the Invermay Health Centre, Invermay, SK. Paul was born to Edward & Elizabeth Redman on the farm in the Margo District, on June 14, 1930. Paul was born a twin, to his sister, Pauline. Paul grew up on the family farm north of Margo. He attended school, and after he completed his schooling, he began farming. Farming was his passion and his lifelong occupation. Paul lived on the farm until he retired to Margo, SK, in 1992. As Paul’s health failed, he moved to Weneeda Park Lodge in Wadena. Then on August 26, 2019, he moved to Invermay Health Centre until the time of his passing. Paul enjoyed hunting and visiting with the American hunters. Paul put on many, many miles checking crops, stopping to visit with other farmers, driving and seeing what was happening in the countryside. He like to attend auction sales, often purchasing things he didn’t necessarily need. Once he was in Weneeda, he collected many things, and somehow fit them into his room. He liked to visit the Casino in Yorkton and boasted when he “won big”. He didn’t actually win, but he did cash in on winning his “RED TRUCK”, a 1992 CHEVY. Paul liked to listen to the radio, keep up with the worldly daily news on television, eat oranges, and chicken legs.

Paul was predeceased by: his parents Elizabeth and Edward; his siblings, Melvin, Fred, Alex, Evelyn Kulcheski, and Eilene Malisheski. He leaves to mourn his passing: his twin sister, Pauline McLelland, his sister-in-law, Irene Redman, as well as several nieces and nephews and extended family.