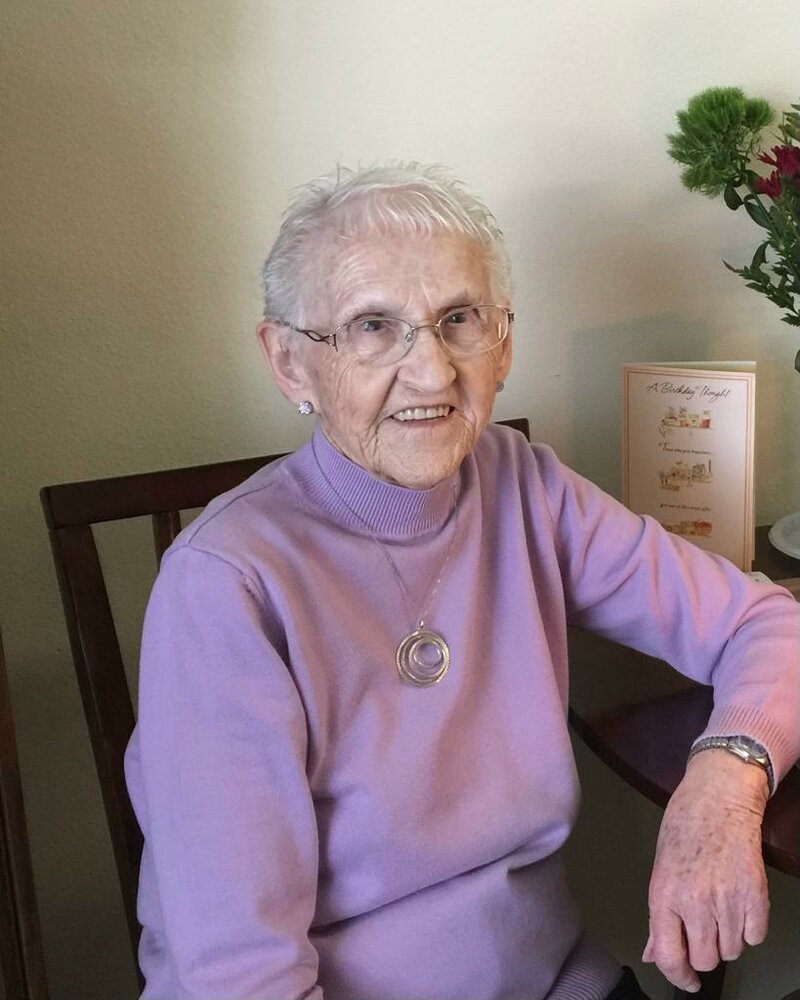 Agnes passed away peacefully on October 10, 2022 in

She was born on October 9, 1930, to Julius and Anelia (Nellie) Lipka, on their farm in Nora, Saskatchewan. Shortly after finishing school, Agnes met Andrew Sawchyn and they married on October 18, 1948. Their first home was at Hacienda School teacherage near Quill Lake. From there they moved to Robinsdale One Teacherage West of Rose Valley. Eventually they moved to Rose Valley where she lived until 2016.

Agnes and Andy were blessed with six daughters between

1950 and 1968. As household manager, Agnes dedicated her life to caring for her family and spending time with them. She enjoyed cooking and baking for her children, grandchildren, and great grandchildren. In the early years she was a prolific sewer and throughout her life enjoyed many hobbies such as knitting, embroidery, crocheting and cross stitching. She was an avid gardener and took pride in her beautiful flowers and yard.

Agnes was involved in her community and volunteered regularly. She was active in the Roman Catholic Ladies Aid helping with catering various events, cleaning and decorating the church. She sewed and altered many costumes for the Rose Valley figure skating club. Later on, Agnes served on the local housing authority board. She loved curling, music, dancing, playing cards and visiting with friends and neighbors. Her door was always open to anyone who stopped by for a visit. Agnes treasured her friendships with the ladies that gathered for coffee and tea, walks and birthday cake.

Her generosity and kindness will always be remembered.

In Loving Memory of Agnes Sawchyn

Memorial Donations in memory of Agnes