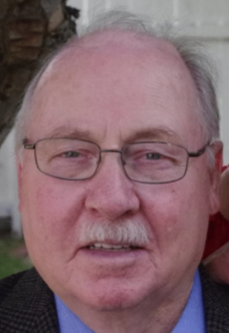 In Loving Memory of Delbert Leader

Delbert Leader Delbert Warren Leader was born in Foam Lake, SK on January 12, 1945, to Jessie and Ronald Leader. Del was the middle child of 5 siblings and grew up on the family farm south of Leslie. He attended school at Mount Hecla and Foam Lake. With a love of the farm, Del finished Grade 9 and then decided to work with his dad. Along with farming, he took jobs in road and building construction and became a jack of all trades.

In 1967, Del was a groomsman in a wedding party where a certain bridesmaid named Gloria caught his attention. On November 11, 1968, the couple married, and started their life together in Saskatoon. They were blessed with two daughters, Deann and Corrie.

The call of the farm was strong, so in 1975 Del packed up his family and moved them to the family farm where he used his skills to build a new home. Once back on the farm, Del was active in sports, such as hockey, softball and curling. This was soon replaced with chauffeuring his daughters to their piano lessons, band practices, and music recitals. He was often one of the cars taking students to Elfros for Central Band practice. Coaching was added to his resume when Corrie began playing hockey and ringette.

As a family, camping trips were a core summer activity between seeding and harvest. After years of tenting, a tent trailer was purchased, followed by a cabin at KC beach.

In 1991 Del made the decision to sell the family farm and he and Gloria moved to Foam Lake. Once in Foam Lake, Del worked for Tri-Way Fertilizer for several years, which took him as far as British Columbia, Eastern Manitoba, and into the United States, until his retirement in 2009.

As retirement came near, Del & Gloria purchased a 5th wheel trailer which allowed them to camp with friends & family at several campgrounds in Saskatchewan, Alberta & Manitoba. They also made a few longer trips with the trailer to Alaska and The Rocky Mountains. Parking the trailer on occasion allowed time for two Caribbean cruises and trips to Hawaii and Branson, Missouri.

Del was proud of his children and grandchildren and their various accomplishments. He attended many hockey and football games, dance recitals and Christmas concerts.

Those we love don't go away,

they walk beside us everyday.

Unseen, unheard, but always near,

Forever in our hearts.

Donations in memory of Delbert may be made to

A Charity of Ones Choice