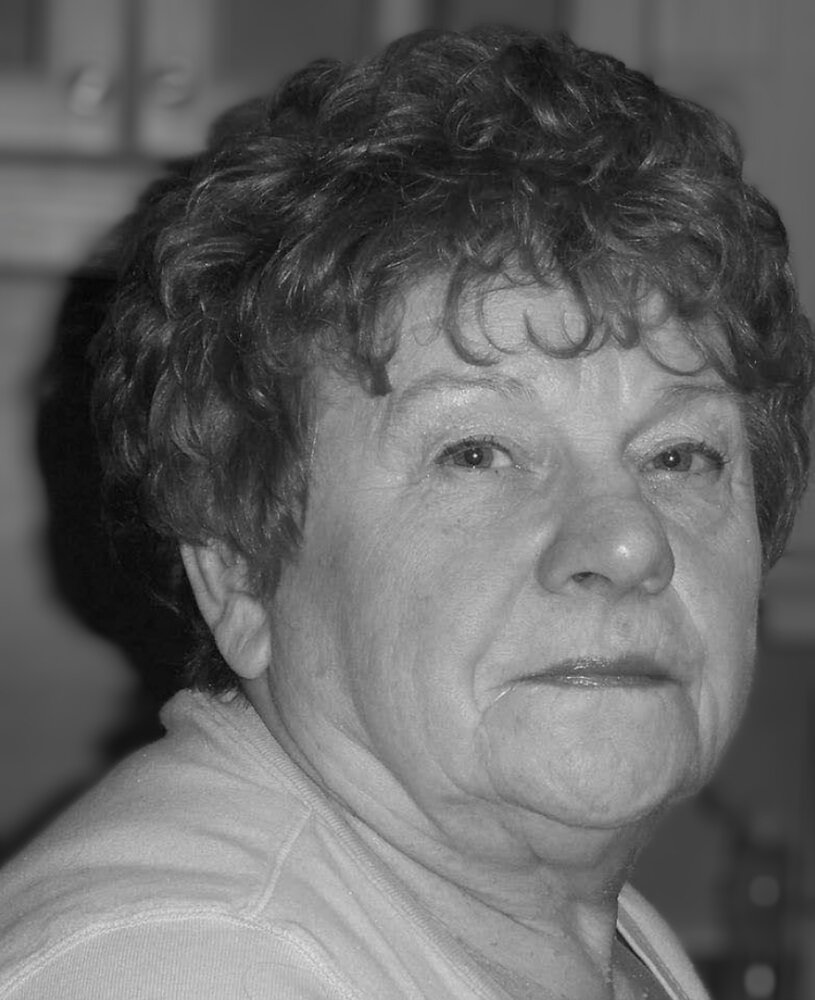 It is with heavy hearts, the family announces the passing of a beloved wife, mother, grandmother, great-grandmother and sister. Theresa Hall passed away peacefully in her sleep on January 13, 2023, at her home in Wynyard, SK.

Theresa was born at the family farm homestead SE of Wishart, SK, on January 26th, 1944. She was the eighth child of 19 children born to Alex and Jean Dakiniewich. Theresa began her education at the Country Schools in the Wishart area. She attended Allenby and Emerald in her early years. In grade nine, she attended Sacred Heart Academy in Regina.

Theresa met and fell in love with Jacob James Bzdel, they were married on May 1st, 1962. Together they had five children; Jacinta, Jackie, Joan, Lisa and Darcy. After they married, they lived on a farm one mile east of her parents’ homestead. For a short period in 1965 they called Regina home but eventually moved back to the farm. Following that, they made their home in Wishart, SK. On September 3rd, 1975; her husband James passed, leaving her with five young children to raise alone.

On May 8, 1980, Theresa and Raymond had a first date. They fell in love and were married on June 25, 1983. She became a step-mother to Ray’s three boys; Clayton, Clinton and Clifton. Theresa and Raymond were blessed to have a daughter together, Lyra.

When Theresa was 55, she achieved one of her greatest accomplishments, she completed her grade twelve by taking a GED course; which she was very proud of. Once the children left home, she completed her Personal Care Aide Certificate. She worked as a Personal Aide with Home Care and then accepted a position at the Foam Lake Jubilee Home, driving many miles from Wynyard and Wishart in all weather and road conditions. In 2007, they made the decision to move to Wynyard and she retired a few years later.

Theresa was a devoted Christian, wife, mother, daughter, sister and friend. Her faith led her to love unconditionally and put others ahead of herself. Theresa spent countless hours volunteering for the Church.

Theresa took pride in everything she did, especially her pristine garden. She enjoyed canning, baking and cooking. She always had tons to share. She was an amazing cook and made sure you never left her house hungry. Her recipes are a treasure and will be passed down and cherished by her children and grandchildren for generations to come.

God saw you getting tired.

And a cure was not to be;

So he put his arms around you.

And whispered, "Come to me".

With tearful eyes we watched you.

And saw you pass away;

Although we loved you dearly.

We could not make you stay.

God broke our hearts to prove us.

He only takes the best.

Please Join the Livestream on

Donations in memory of Theresa may be made to

For those wishing to send cards of

caring & sympathy may send them to the